Yep, that’s what I have to do. 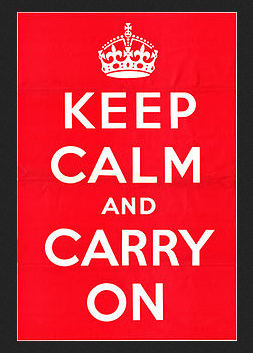 So I did something really lame, stupid and downright ridiculous this morning, like at 7.30 am, on a Sunday. That in itself should be cause for alarming incredulity, but hey, we always try to beat the last time we were lame, and this time I outdid myself!
I didnt have my coffee by then, so am going shift some of the blame onto my caffeine deprived brain cells, but I can’t squirm out of this one all too nice yet. The recent weeks have been rough. In different ways. No, the kids are great and to an extent so is the husband (I mean, as unruffled as a normal couple of 20 years can be) but it’s all within. There’s just a lot of turmoil. It’s only fair.

This is the age to hit the mid-life crisis traditionally speaking. So I have hit and boy, have I hit it strong. Even Geico can’t fix it. (okay, lame joke, but today’s lame day remember?)
So yeah. I now have a flat blunt nose with how I’ve hit the breaker hard and square.
Ive done a few different things in the past 20 years of my adult life and none of them were failures. They weren’t back-slapping successes either, but if someone saw a quick 5 minute movie of my life, they’d be completely blown with the variety Ive packed in. Optometry to Information systems to dance to I don’t remember them anymore!
..and then we have those frikkin emotions. (no, am not PMSing either, can’t dump it on that crap!)
The feeling of complete uselessness, of inadequacy, of being lonely, of missed talents, the ones that can’t be shone, of *old* age, of lost loves, and current friendships and the whole drama of the unfairness of society, the cellulite around my hips, the buckets of cinnamon rolls that I downed, and the WTF am-I-doing-with-my-life-for-the-next-20-years-before-I-can-officially-retire-and-move-to-florida phase, of frustrated thoughts so deep down, they have their own zip code, and so much more.

So you see, my poor brain has been hitting this high traffic zone. So many different sparks, so many thoughts, it’s a fishmarket in there. Yep, when thoughts stagnate and fester, they stink too. So they stunk. (I just discovered, that past tense to stink is stunk. Nice! It feels very wrong thought right? say it aloud? “that fish stunk!” or “cooum river stunk every time we were stuck on that train!” – sorry, I digress!)
So yes, thoughts can stink. You, am sure are amazed at this complete devil that is stinking up your thoughts inside stirring this huge vat of thick poison. The flotsam which should if all proper vitals were working, would be neatly skimmed away, stayed thick and frothy. And theyve been frothing awhile. You ignore it thinking it will go away, but it’s there. Like IPL tweets on twitter. No, they aren’t flotsam at all, but you know what am saying. So they froth, collect more dirt and darkness and then they take over and engulf you when you least expect it.
That’s precisely what happened this morning.

It all came crashing down on me.
I barely got out of bed, and I barely had the toothbrush sticking in my mouth, but there I was frothing like a rabid dog.

*not a moment I ever want to recollect or even visualize as I write this, but we have to go through this for repentance, so we shall bear it through*

..and so I spit it out. On teh most unsuspecting gentle and loving friend I will most likely ever have. We all know how frikkin annoying we are as adults, and to make one good decent soulmate sort of friend is like asking for Arnab on TV to shut the hell up: Impossible. There was this person in the middle of heavy duty work and pulling with all strength and might through sleepless nights and lonely days, and I lay it all like a pile of crap.

Yes, I am a piece of work alright. As harsh as that may sound, at that very moment I was not worthy of understanding, care or even comprehension.

I regretted it since the very minute the words were out.
I waited for my frothing to slow down and with some coffee in me and deep breaths later, I wrote a quick apology out with as much grace as I could muster. I check in an hour with great apprehension, and guess what, the mail didnt go through. Perfect.
Now I rewrite it again, with a little more elegance and grace I can muster as a direct contrast to the uncouth language of before and I send again. A hour later, I get a feeble “it’s ok, have a good one”

My heart sank as it expected to.

As kids, it didnt matter what you say and when and who. It was expected.
To hurt someone as an adult deserves a special place in hell and that’s where am off to once I figure out what am doing with the rest of my life and when I do kick the bucket. To hurt a dear friend deserves oil-frying like they show in those old B&W movies.

..and the heart continues to slink, regret, cry, cringe and hope that maybe, just maybe, you will be forgiven.

In the meanwhile, what else can I do.
You mess up, you repent, apologize, and then you hope and pray and blog about it, change FB profile picture, try and joke around, read articles like so
(it’s actually very relevant and excellent and situational too) and hope and pray that maybe tomorrow will be another new day to smile and carry on calmly about.

Yeah. Keep calm and carry on. Coz there’s not much else one can do. Coz we’ve done plenty (damage) already.

Written By
Rads
More from Rads
a kiss. a delicious nibbling one. hmm…
Read More