It’s been such a long while since Ive written here, but since yesterday the itch has gotten stronger and am bone tired and aching all over. I do have other more pressing things to attend to, the top of it being “Go crash in bed” but the need to write this is urgent, so here I am.

Zorro (It’s my first reference to my new baby pup on my blog) has his first visit to the vet after 2 weeks of coming home. He is now 13 weeks old and weighs a whopping 19 pounds. Yeah, and I lug him around everywhere, little wonder that I feel numb and weak waist down. Not that it stops me from lifting and cuddling him, especially since next week will be a washout with me being incapacitated from surgery. 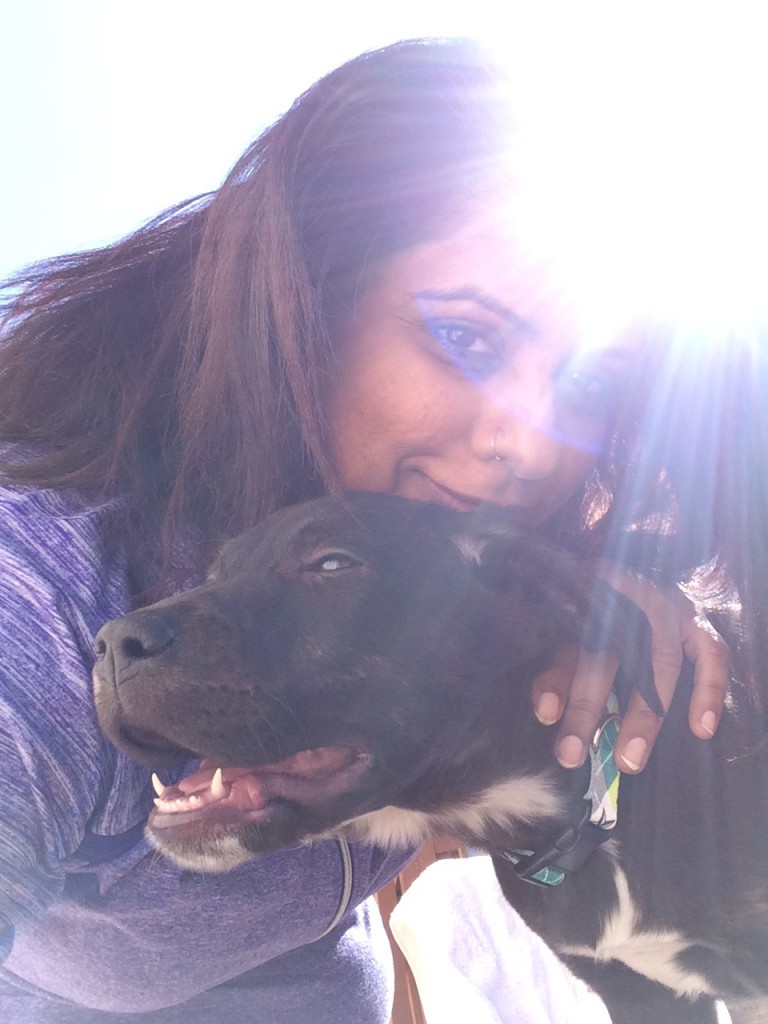 Right from the time I called the Veterinary center and got the appointment, I knew driving in and taking Zorro in would be a hard first time. Bittersweet even for sure, but it would choke me and I knew I would be hit by the last memory of taking Zephie on October 30th (2015). The memory of the doc asking me to admit her and her laying flat on the floor with absolutely no energy to lift herself up and walk will haunt me. 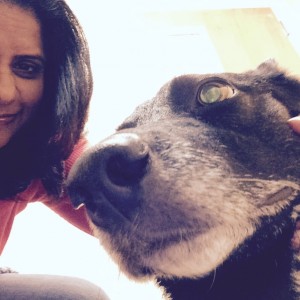 The memories came in waves. Me searching for the nearest spot to the entrance, so she wouldn’t have to walk too much, and then coaxing her into the door, and once inside, the strength and energy she mustered to forget the pain and get excited about the familiarity of the space, the smell of other dogs, the treats, the nurses who loved dogs and the welcoming atmosphere of it all.

Today I walked past it all. The memories and the scents and the room she was last seen in.

Stubbornly refusing to peep in, and with an impatient Zorro straddled across my chest and balancing my handbag, his file from the rescue shelter AND the poop sample, I stumbled quickly forward into the room and only breathed after I heard the door shut behind me. Heaving from under the weights, both in my head and my hands, I fell into the chair and placed Zorro down, as he whimpered just a wee bit on being in strange surroundings.

Antiseptic in the air and the smells around us.

Ironically, it was sepsis that Zephie succumbed to.

The vet was amazing. They all always are. Ive always believed a doctor of medicine cannot and will not be able to do justice if he didn’t truly love what he did. I also believe that working and taking care of animals requires a higher sense of dedication than a doctor of human beings. I could be off considering we aren’t exactly comparing apples to oranges, but it is what it is, and if you think long enough, you would agree as well.

I still confuse the genders and I confused them with the vet as I explained why I was not hugely new to dogs and I flit, in and out of my experiences and stories as much as I flit between the genders and the names.

I continued talking, and answering and drawing parallels even with teh little voice in my head looking very sternly at me and wagging that finger to not compare. How can one not? Especially when they are so similar!

From the color to the appetites to the behavior (both good and the nipping) the potty training, the quick learning, the temperaments to the favorite spot on the couch, to the favorites in the family and the love for the carrots.

Just as everything that is meant to come together, I started smiling and even when the Vet told me how sorry she was when she pulled up Zephie’s file, I nodded a smile and said “it’s okay, it’s like she never left. This guy’s a brat but she knew I could use a brat in my life now” 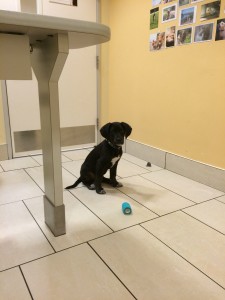 We both patted Zorro and I picked him up, my back reeling and wincing just a wee bit under the 19 pound, 3 month old pup that will now be a source of all joy and happiness coz of everything that happened in the past 45 minutes. Connecting that thread and weaving our story’s second chapter.

I walked out with Zorro and we sat still in the van, parked in the same spot as last time, and the air seemed lighter, fresher. Zorro climbed onto my lap and I hugged him as he wrestled to peek out through the window and sniff the air wonder-eyed at the beauty that the new world offered him. 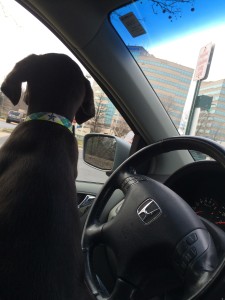 I clicked a bunch of snaps, reluctantly shifted him to his seat, and then drove out slowly home with the radio playing Taylor Swift‘s Mine. (yeah, that was a rare song to come that afternoon)

Braced myself for the goodbye,
‘Cause that’s all I’ve ever known
Then, you took me by surprise
You said, “I’ll never leave you alone”

I have no idea why that song is back on the list, but am not complaining. It’s a special song along with Katy Perry’s Fireworks for obvious motivating reasons, and they stand for all the moments they’ve played in my heart. <3

Written By
Rads
More from Rads
I was a young ballerina in my country; ambitious and thriving. Then...
Read More