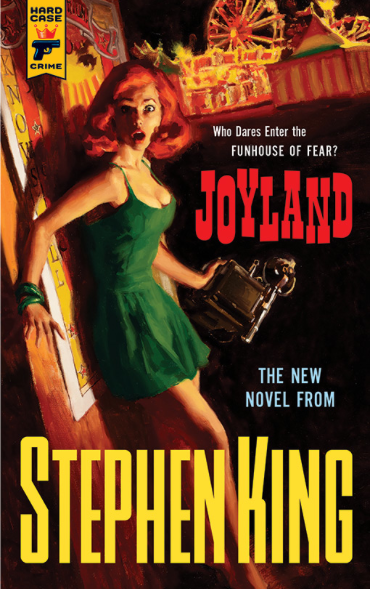 I liked it! I’d actually give it a 3.5. It wasn’t the usual Stephen King thriller though.

It was on occasion an introspective read, written in first person by this young boy who is finding himself in the summer of his Freshman year of college. The story is set in 1974 and it reads well, with trajectories zipping into the present (1990s) and back, trying to connect parts of the stories together, the puzzles.
It took a good 100 pages for the thriller part to sink in. But then the character sketches, the settings and the description of the North Carolina carnival grounds etc took a bit of time to draw and in retrospect it wasn’t too bad a length.

It’s a story about Devin, in his words on how he lost his girlfriend, throwing himself into a hard job that was obviously way more brunch work and physical than what eh deserved. He reads Tolkein, and writes, and edits and we know this through his short statements and how he spends his time away from work. He opens his mind up to learn to forget the tragic loss of his first love, how he makes new friends (for life) with other summer workers, how he earns his way to be become the trusted and favorite worker to his bosses, to the kind of person he is at that age, the maturity and the good heartedness with which eh saves the little girl and how he befriends Mike, and his mother Annie.

Loved the characters more than the actual thriller part. It isn’t his usual bone-chilling scary thing at all, not by a long shot. Great character sketches, vivid storytelling and imagery.

Written By
Rads
More from Rads
There’s a stir going around on copyrights issues and bloggers and it’s...
Read More