and am feeling so much more better already! 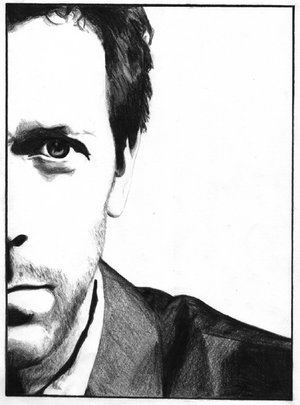 So Dr. House season premiered on Tuesday and it was different from what I expected. In fact, I liked the approach. Considering we lost the team, last season, I was real curious on how the season would start.

What surprised me was that the show would actually dwell on the selection process. That’s like Christmas to me. It would go into the workings of House’s mind, and what he expects out of the fledglings and team, I believe Kal Penn is one of the finalists, so am sure the next episode is going to make some interesting viewing.

1. It’s medicine man and all the magic around the white coats, medicines, treatments, and patients. The aura of it all.

2. It’s mystery. Differential diagnosis is by far the most challenging mystery there is. Period. The challenge of having to prove or disprove a theory, the risks associated with it, the uncertainity that you could be wrong, and then having to take that extra step banking on the knowledge you either have or trusting someone else with such judgements. It’s stressful, but at the end of it, when you do solve the puzzle, it’s a rush like no other. Adrenaline doesn’t just come easy.

3. House’s character is complicated. He has absolutely no PR skills, but is a brilliant diagnostician. Ive known a couple of docs who come close, so the adulation for the set of brains he dangles in front of us all, is all the more reason for me to love him.

4. Hugh Laurie has the sexiest Brit accent ever, not to mention the eyes! Yes, even better than Hugh Grant’s.

5. The team chemistry in the first 3 seasons was fantastic. The characters were well played, and sketched with the right amount of ego, arrogance, and professionalism. Each had depth and with just an occasional overlap in characters, and they could stand their ground individually.

6. Some brilliant thought, intelligence, research, and writing went into the screenplay and production of the show. Occasionally over the head medical banter is abundant and so it could get a tad initimidating as nomenclature, conditions and medical jargon gets thrown at us, but for folks who are a bit tuned to it or at least are interested, this is one of the better shows without dwelling on fluff.

7. The medical conditions are quite genuine, from what I dug up. So it isn’t all fiction. That adds credibility to a show, yet to not make it another lousy reality show that are rampant these days.

8. It’s vicarious living at its best. For me. *sigh

Check out the new House-isms! My favs

“Arrogance has to be earned. Tell me what you did to earn yours” – The Jerk

“Wilson: Oh God, she’s 26”  House: “But with the wisdom of a much younger woman” – Resignation

“No, if you talk to God, You’re religious. If God talks to you, you’re psychotic” – House Vs God.

“Cameron: Could pain medication cause an o.r.g.a.sm? House: I wish it did” – Distractions

” House: How are we doing on cotton swabs today? If there’s a critical shortage, I could run home. Cuddy: No you could’nt! House: Nice!” – Occam’s razor

“Treating illness is why we became doctors. Treating patients is actually what makes most doctors miserable” – Pilot.

Written By
Rads
More from Rads
No one cared for him at any point in time. The middle...
Read More