I received Dr. Maya Angelou’s, I know why the caged bird sings, as a gift a few years ago. My immediate thought was that of  contrite. Sorry that I was a whine and an ungrateful wretch of the life that I led compared to hers. Then I forced myself to focus on the literature that the lady offered. The elegance and honesty that her words conveyed, carried a tangible emotion. 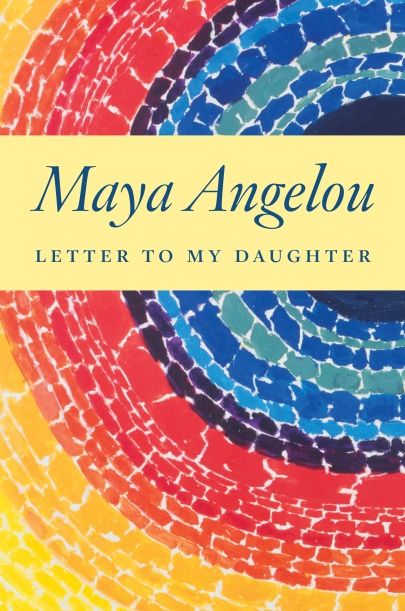 The book is a compilation of 28 short stories, some not more than 2 pages long, or even a sparse 250 words, that take you through an avalanche of emotions and at the end of each wanting you to shut the book and reflect on the wisdom of the story she’s just told you. A few that would make you want to put yourself in her shoes and some that you’d rather just watch from distance. Then there are a few that you would like to read with a detached mind, so as to focus on the way her words fit into her person, and how she has in fact touched, and shaped a difference in her readers.

To quote a few sentences whose meaning, both hidden and raw, from the various stories, appealed to me:

Home: We may act sophisticated and worldly, but I believe we feel safest when we go inside ourselves and find home, a place where we belong and maybe the only place we really do.

So true and perfect don’t you think? The place where we go in need of comfort, when we look into ourselves, during the tough times, during the attacks, and during the times when we feel alone, in achievement or distress.

Philanthropy: ..The ensuing years have taught me that a kind word, a vote of support is a charitable gift. I can move over and make another place for someone. …. I may never be known as a philanthropist, but I certainly am a lover of mankind, and I will give freely of my resources. I am happy to describe myself as charitable.

A kind word does go a long way. To stop a moment and check even on a stranger, a friend of the past, a nemesis given a turnaround. I’ve known it happen personally, and the visible change is worthy of the moment spent.

Vulgarity: Some entertainers have tried to make art of their coarseness, but in their public crudeness they have merely revealed their own vast senses of personal inferiority. … If the emperor is standing in my living room stripped to the buff, nothing should prevent me from saying that since he has no clothes on, he is not ready for public congress. At any rate, not lounging on my sofa and munching on my trail mix.

The case of the Emperor’s new clothes. To have the courage and faith in ourselves to stand up for what we believe in. From as simple as an opinion online to choosing where one wants to go in life.

Violence: I am concerned that accepting the power theory trivializes and diminishes the raw ugliness of the act, and dulls the razor’s cruel edge of violation.

One has to read and re-read that sentence a few times for the power of what it conveys to sink in and then there’s the process of application.

Mother’s long view: Independence is a heady draft, and if you drink it in your youth it can have the same effect on the brain as young wine.

To have the luxury of independence at the right time in our lives is a blessing. Time it just a tad off, and the consequences of it will have to be borne.

After reading those lines, I had to get myself a copy. Then I logged in again and bought two more copies. One for each of my friends who could benefit from it. Not that any of us need to be told of how strong, wise and considerate we need to be, but a gentle reminder now and then couldn’t hurt.

I leave you with a video of Dr. Angelou reading the preface of – Letter to my Daughter

Written By
Rads
More from Rads
So this new project that I had conceived over the last couple...
Read More

18 replies on “letter to my daughter”