Since I had just an hour to *think* of dinner between shuttle service began, I grabbed the first container in the pantry next to the quinoa and it was Toor Daal (kandipappu -Telugu)

Tasted great. Munchkin ate a smallbowl when I called it the stew. Daughter refused it coz she is smart. Son is not that perceptive,so he ate it when I added a dollop of yogurt on it. Husband claimed it was spicy (which it was, as I added a tsp of chilli powder too, to up the heat) but ate it anyway!

Here is how it looked: 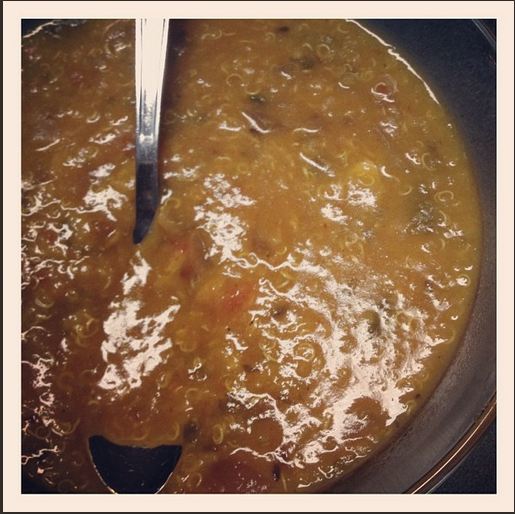 Written By
Rads
More from Rads
Kale is the next amazing thing that we’ve all been hearing from...
Read More