Picked up this book late summer at the library with much apprehension, and it may have been a blessing in disguise as it got me started on reading books again. That’s a plus for a desi author, as I’ve noticed very few can elegantly portray the reality of life as is back there without tainting it for the market. 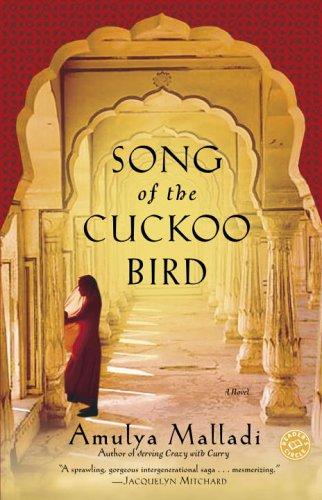 The book follows the inhabitants of Tella Meda – meaning “white bungalow” . The characters are all predominantly female, ones whom the world shuns for different reasons, and who gravitate together to forma  bond, sometimes tight, sometimes fleeting, but they continue on in sickness as support system to function as an extended family in the eyes of the world.

Each is unique and credit must be given to the author to clearly demarcate and allow for characterization that stands on its own despite the limitations of the storyline and the scenario that they are placed in.

There are times when the reader roots for one character over the other, to identify certain feelings, to empathize the situations they are placed in and at the way life hands them lemons. The story is real and isn’t necessarily a happy one. Yet, within its pages, we find smaller victories and laughter, giggles and triumphs that make it a pleasant book overall.

The book spans three generations and we see the woman – Kokila – after which the book is named after – grow from a small young girl to a teenager to an adult and a middle aged woman with an adult son. It was a surprise ending however, as I imagined this character to end its journey, but it didn’t.

The book packs a lot of stories, twists and events. It can be a bit hard to keep track of all the various characters that flit in and out and play their roles, mingling with the main characters and affecting their life in some small yet effective way. To put things in context, one does require a certain diligence with plodding on.

I liked the book and I’d give it 4 stars primarily for the interesting storyline and character sketching.

However, the book is drenched in the local vernacular, south Indian language Telugu. The author does a fairly good job in translating but the names, the language in which they occasionally converse, the scenic description of the coastal town (Vizag) and certain euphemisms are very specific. I’d go so far as saying that I enjoyed it perhaps to a large extent because such a setting created a wave of nostalgia. The author clearly writes that her mother helped her with setting the scene and with the familiarization of the rituals and mannerisms that are very specific and to that area. I am not sure how much a non-Telugu reader would be able to bypass it and not allow for the story to have its bumps because of it. Then again, I could be wrong, as you see, once you know something, it is hard to unlearn and behave that way.

I liked the way the author relates world events that happened in each given year as we travel along and age with the story. Some of them bear relevance, some don’t, but it was a lovely unique touch that helped put things in context and perspective.

It’s a good book to curl up with, one that you will need some time and a little more to enjoy and finish.

Written By
Rads
More from Rads
for me, from the same friend of last year Thanks to everyone...
Read More