Kale is the next amazing thing that we’ve all been hearing from a couple of years right? It’s this dry hardy curly thing sitting next to the more graceful Swiss Chard and Spinach and the plump Bok Choy, but it’s always the less appealing ones that are good for us! Woah! Did I just speak a Universal Truth here? A cliched one too perhaps? coz I mean, translate that out and apply to other aspects of life and it is true innit?

Anyhoooo, So Started buying and experimenting with Kale since a couple of years and as with everything, my Indian tongue continues to persevere and cajole almost all vegetables to suit it. Drawing a parallel to its more familiar Indian cuisine cousin and adapt away. That’s precisely what I did with Kale.

I’ve made Kale-Spinach lentils, and Kale potato curries and Kale-Chard stews – and no one can tell the difference while I hope I retain half its goodness to get into our system.

I fell upon this dish and have made it regularly and realize it is low carb, moderate protein and has an abundance of Vitamin A & C and Potassium and Magnesium (which are so imp while on Keto). So without further chatter, here’s the dry Kale-Coconut curry that goes great with white rice and some ghee, but holds its own in a cup for you to spoon and make a meal of (while doing low-carb/keto)

In a pan, add coconut oil hing and 1/2 tsp of jeera and let it splutter

Add washed kale and mix it all together. Add some salt and cover and cook for 5 minutes on medium heat

In a blender add grated coconut, red chillies and 1 tsp of jeera and blend it without water. * 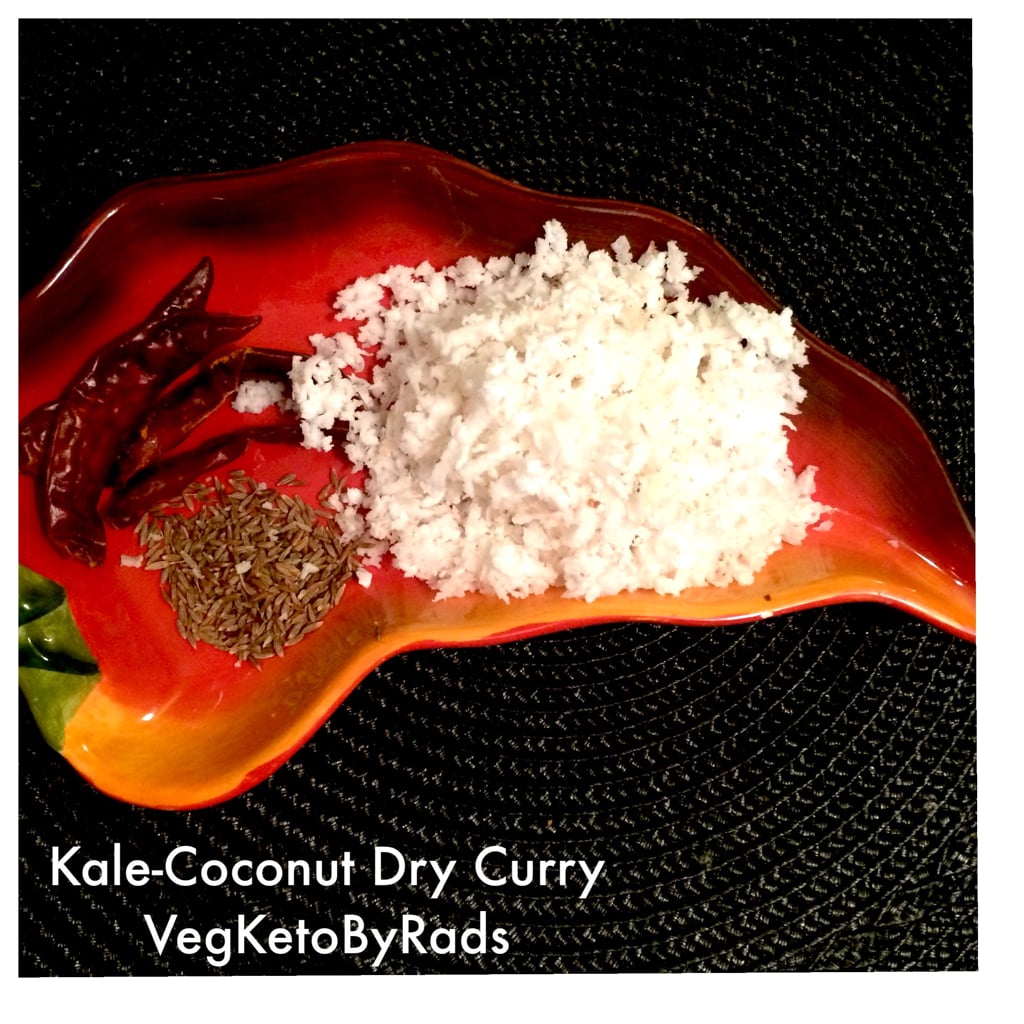 Depending on how hardy the kale is, by now the kale should be cooked or will need a few more minutes. Kale should have come together in the pan and would have turned a bright green.

Add the powdered coconut spice mix and mix it well and cook some more on low.

Check salt and spice levels and serve! Goes great with rice! If low-carb/keto then you scoop it into a bowl and add some ghee on it or a dash of lemon and have by itself. It’s hardy, slightly chewy and fills you nicely.

Goes great with rice! If low-carb/keto then you scoop it into a bowl and add some ghee on it or a dash of lemon and have by itself. It’s hardy, slightly chewy and fills you nicely. 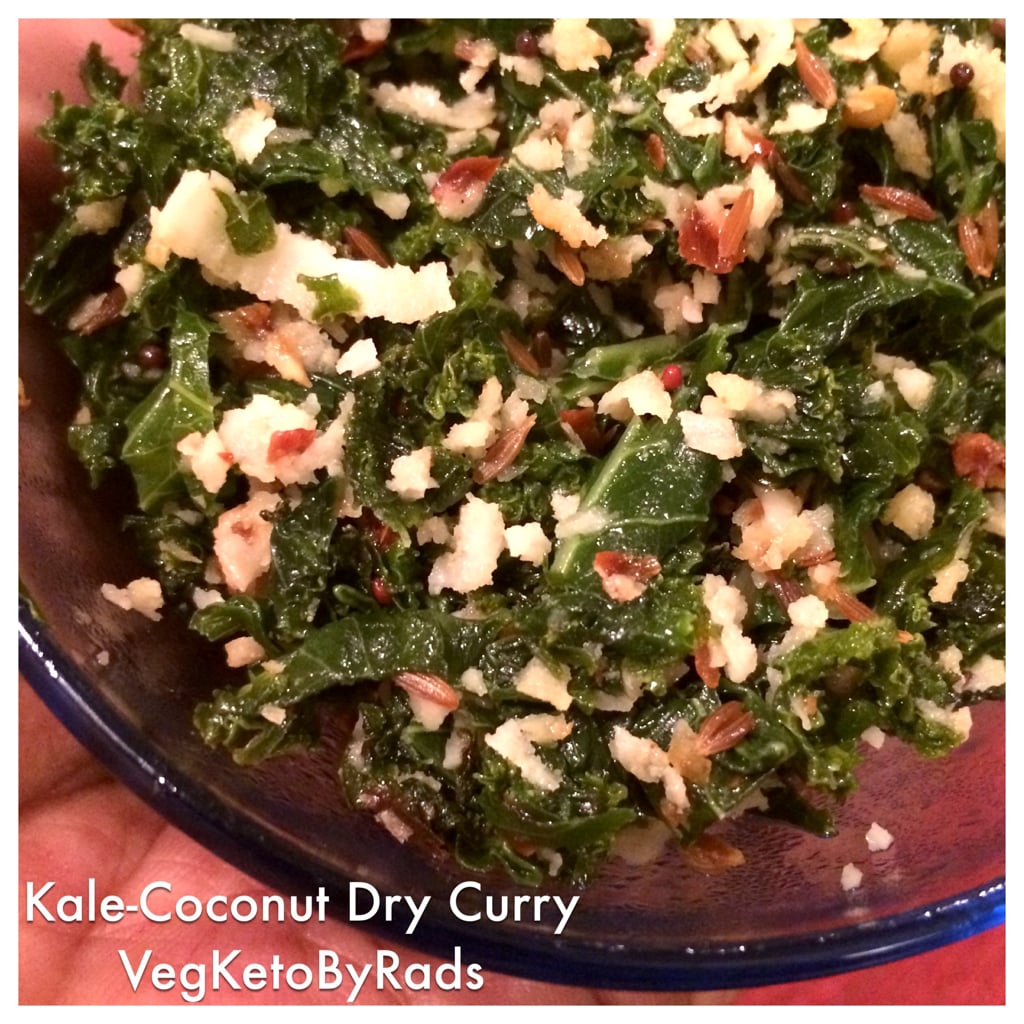 * – If you don’t have a blender, then in a bowl, add the fresh or frozen and now thawed grated coconut, 1/2 tsp of red chilli powder and crushed jeera. Mix well and use that. Jeera/Cumin can be crushed simply by adding it in a Ziploc bag and smashing it with a rolling pin (or your nearest heavy book?) 😉

In Telugu (Andhra Pradesh, India) we call this “Aaaku koora” or “Podi Koora” – a variation would be to use some lentils along with it, but then we aren’t doing low carb then, so!

Written By
Rads
More from Rads
So this evening we were invited to a surprise 50th birthday party...
Read More