I love peppers. Apart from the usual saute or in Fajitas, pepper’s always puzzled me with its sweetness. Yes, am talking about the large green-yellow-orange peppers, also called capsicums. I love their colors and am always picking them up, only to put them down again coz apart from the salad, usage in Indian cuisine was less. My mom just sauteed them or made these lovely deep fried fritters with lentil flours, but apart from that not much else. Then I saw this Stuffed Bell Peppers on the menu at a restaurant (back in the 90s) and thought “This makes total sense, they basically cute little buckets to fill whatever you’d like with!” ha!” 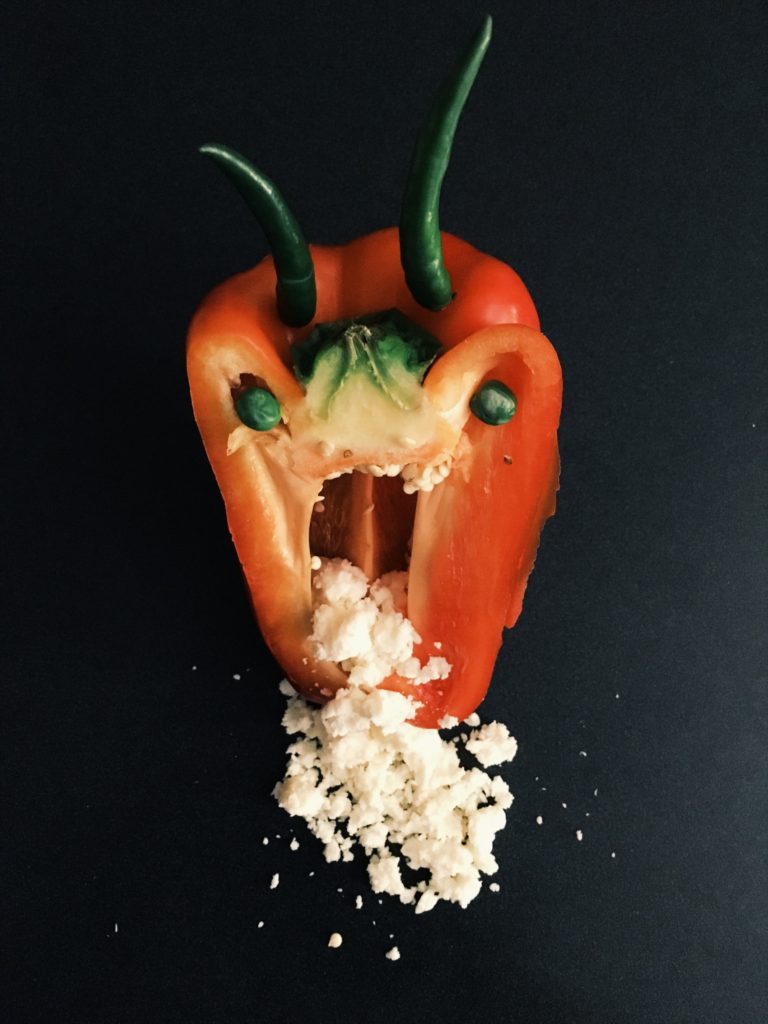 Then I discovered the filling was the potato. “Oooh, a fancy vegetable samosa” was my next thought, and then I let it slide. I mean, you gonna eat a potato, you either go big or you go home, what’s this subbing with sweet outer covering was my reaction. In any case, I didn’t stuff many peppers, leave alone the Indian flavored ones coz I mean how does one eat them? Knife and Fork and then scoop it around with roti (flatbreads) and rice? Somehow, didn’t appeal to me much.

And then keto happened, and I discovered that despite the fact that they do have sugars and calories, when you can manage the macros, it makes for a great low carb vegetable to use. 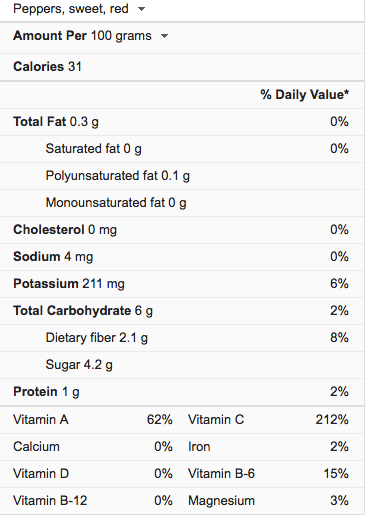 And then stuffed bell peppers with what else but paneer happened.

It takes about 20-30 minutes start to finish including prep, and eating one-half of a large one or two small halves takes you well into a few hours, so is a great and easy meal. It also stays well for the next day, so yay leftovers!

Slice the red pepper lengthwise. I like this better coz surface area and is open and it’s just easier for all round heat during cooking anyway. Plunge them in hot boiling water for a few minutes. Remove, rinse in cold water and keep aside.

Crumble fresh paneer. If all you have is that hard solid block of paneer from the Indian store, then soften it in the microwave for a bit and then roughly chop or grate it into larger pieces. Smaller shreds will just melt and become a mush in the oven 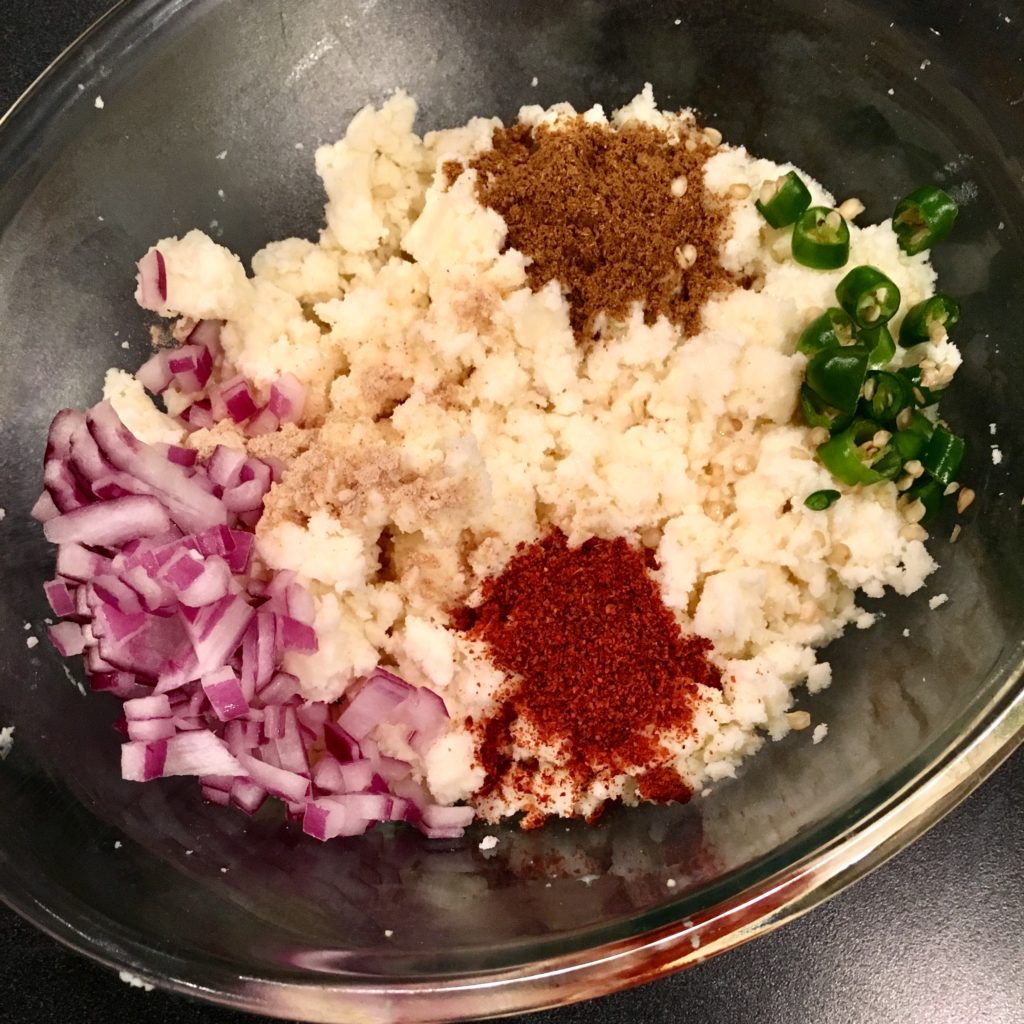 Add salt, chili powder (or slit green chilies if you don’t mind biting into them), Garam Masala, and here’s the zinger: 2 tbsps of raw thinly sliced and chopped red onion. I added it this time, and it truly made a difference in taste.

Stuff the pepper with the paneer mix and bake at 350 deg for 20 minutes. 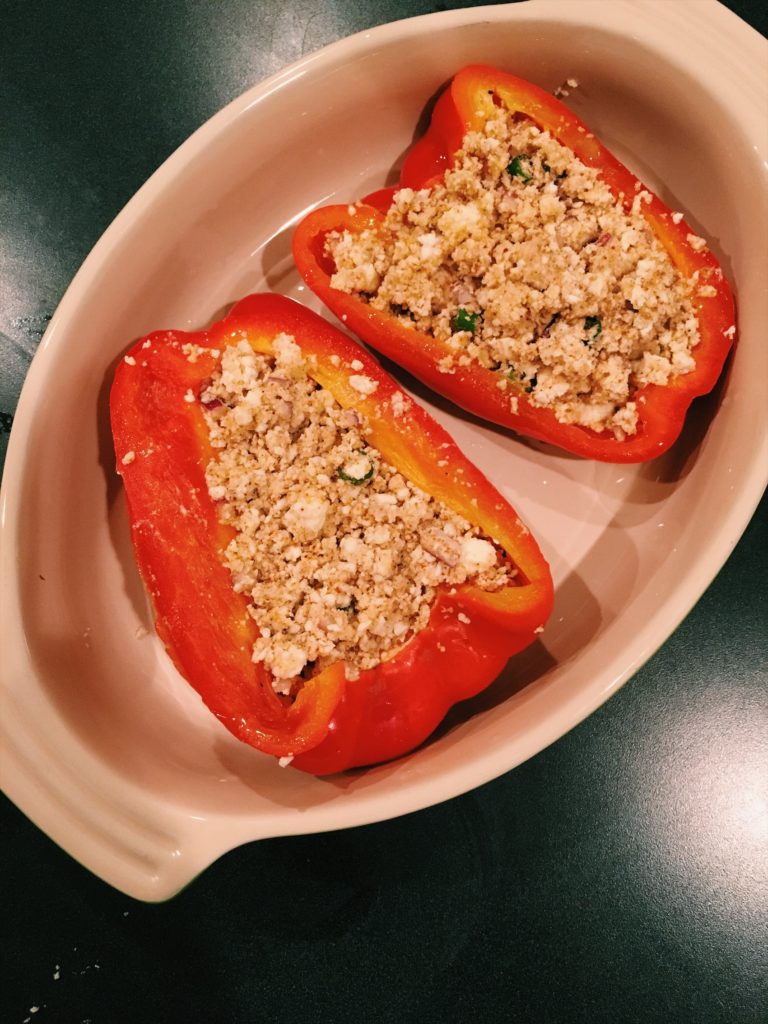 Remove, drizzle some lime juice on top, dig in!

If you like this recipe and you’d like to check out the other low-carb recipes, click the link below. This is part of the #AtoZChallenge that’s running around blog circles this month and I’ve been making my way through the alphabet.

Other Low-Carb Recipes and The Alphabet ones

Written By
Rads
More from Rads
My average turnaround time to reply to an email that requires a...
Read More