I asked, via my newsletter and boy, did I receive?!

I asked what your favorite love story, line, quote or experience with love as your emotion and experience and I got enough and plenty that I had to go tile them up and make them all pretty to look at too, not just the words but even how they looked while you read them 🙂

So, without further chatter, here they are!

1. A dear reader and a friend from the real world sent me this and made my day and I smiled,  happily, tad self-consciously to hear such praise and thank God I get some reminders! Thanks SG! 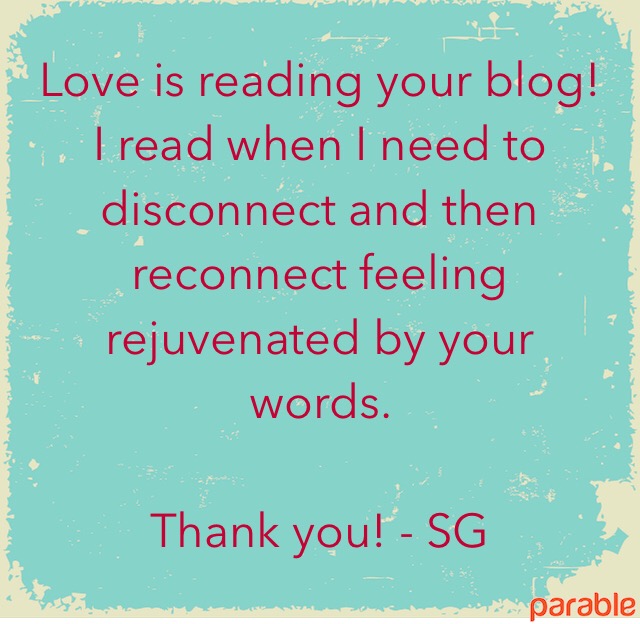 2. This is also from another dear friend, AN, who emailed that he liked the newsletter and that this was his favorite. Guess what, it’s my favorite too! I can’t tire reading it, and most likely will read it this month. 🙂 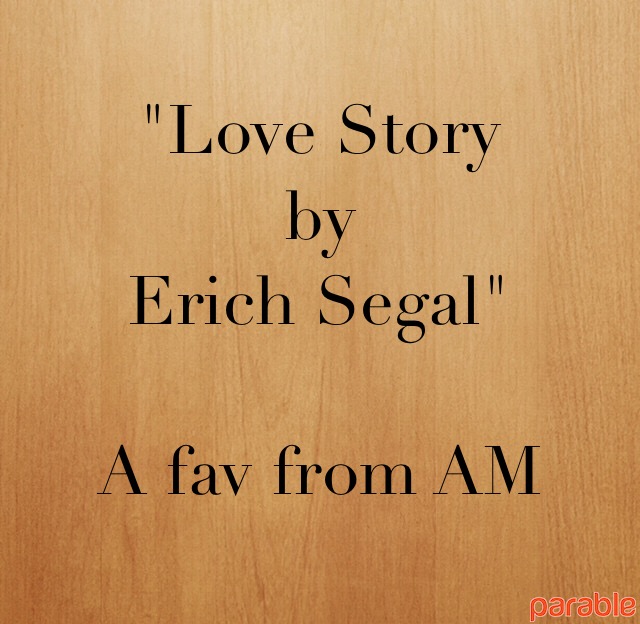 3. Sammy sent me this. Sweet sweet thing I met a couple of years ago, we met via blogs, and romance is so high in her life considering she is a newly wed and all that, but hey, Alai Payuthey is an amazingly romantic sweet and lovely movie and the actors are adorable as are the sequences of love and romance. Even old boring listless folks may have seen a sparkle after that! 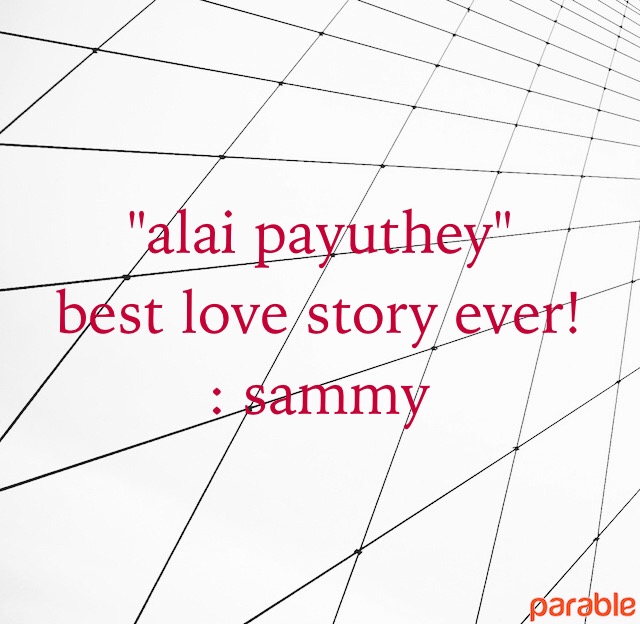 4. Padma sent me this. She’s a mom and well and deeply sunk into marriage and boredom, but she says the best part of her day comes with the look in her husband’s eyes when she jumps with joy watching movies and she loves movies! Go figure 🙂 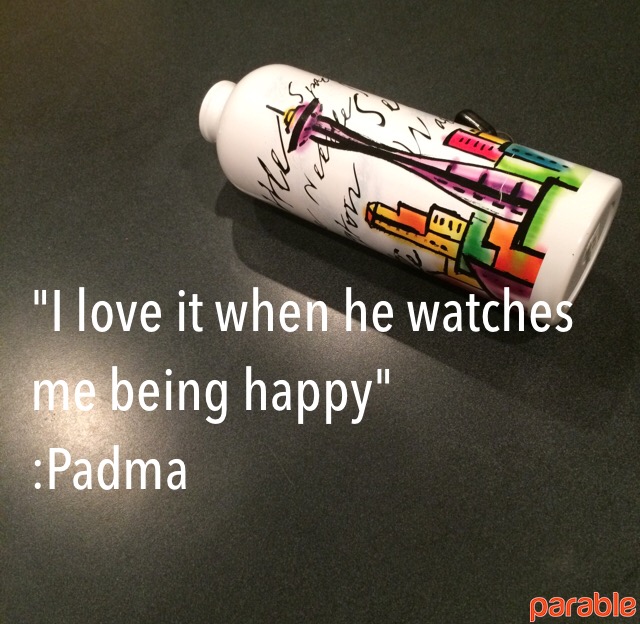 5. Hugh as he goes by told me that every love, no matter what kind grows only when you feed it. Love is work, but worth it, but you gotta feed it! So there. Food for thought? 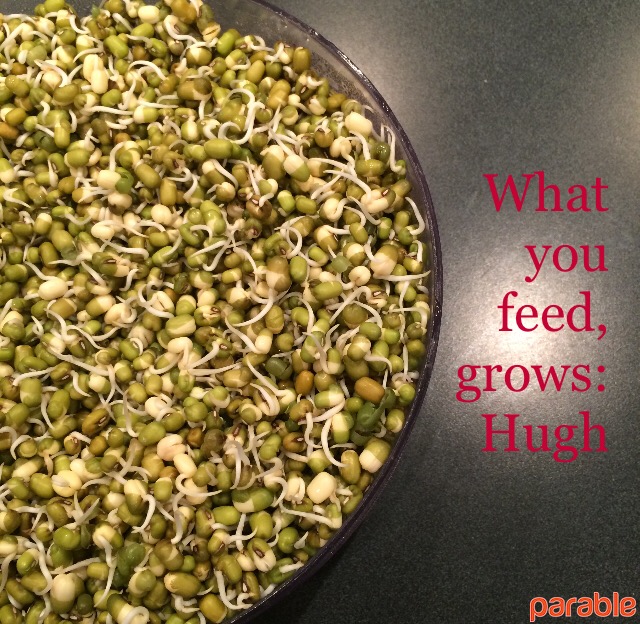 6. As silly as this sounds, it’s the smallest things that matter in a relationship. SS is a blog reader and she always always sends me a short mail when a post speaks to her. She said, that her brother mentioned this of his wife of 18 years. He said that she was the happiest when he left the last piece of cake/bread for her, which of course gets ultimately shared between them, but the fact that he tells her “it’s for you” or “I saved this for you” gets a crazy wild and happy sparkle in her eyes and it just makes him so happy seeing her like that.

One collective huge aw. No? 🙂 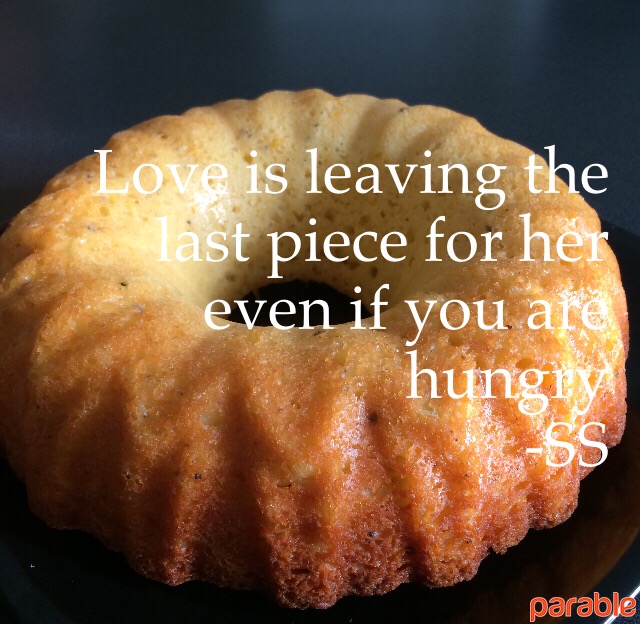 7. Cold winters are a nightmare. Just by doing this alone scores tremendous brownie points in my book and looks like in her book too! It’s always the smallest things. 🙂 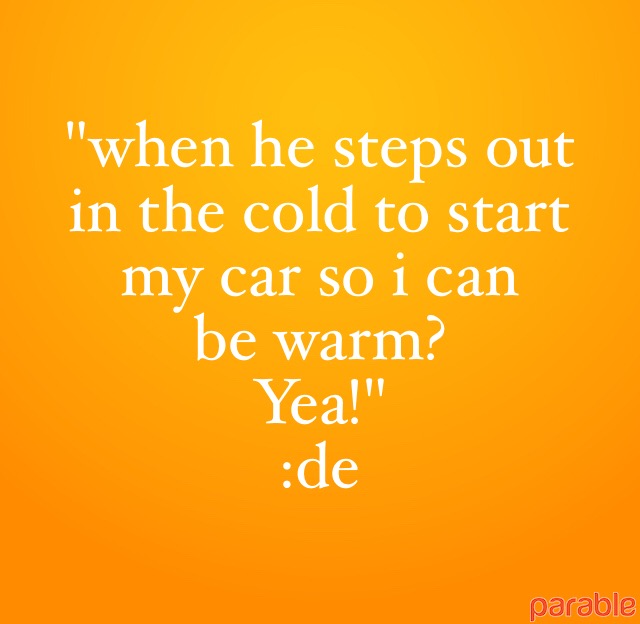 8. Z, a twitter buddy sent this out and I realized how both the emotions were equally important! It’s not enough to love a man, but it’s important to like him enough to sustain that love. No? I think so. People don’t give “like” part of their relationship enough value. and no, they are not the same, and one may evolve into the other, but retaining the like is so much more valuable for longer and happier relationships, in my book at least. 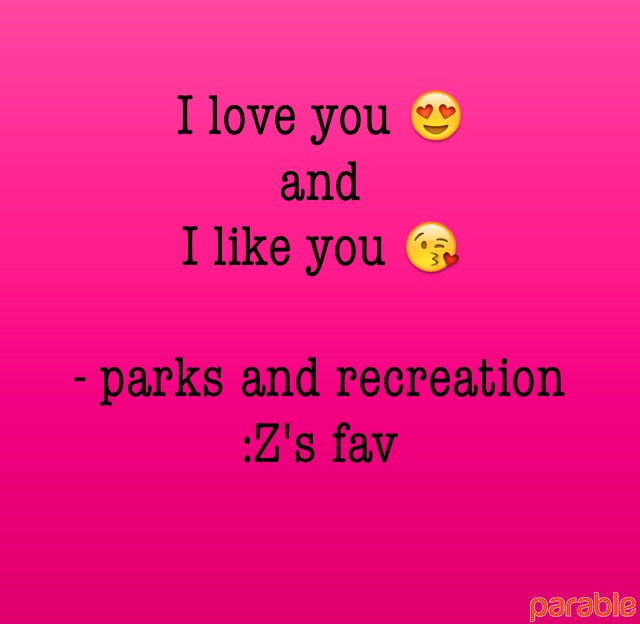 9. THIS is how SG’s husband convinced her to marry him. By telling her to be practical and wise and accept his proposal coz he surely loved her more and to marry someone who loves you a lot more is a sure way to a happy fabulous life. 😉

Smart man. Wise woman. Happily married with two kids and they are a joy to watch, even in pictures! 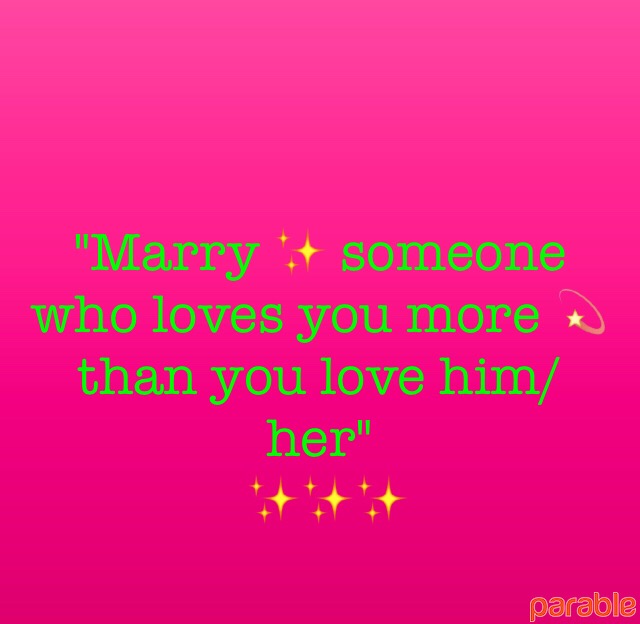 10. M on twitter mentioned this, and I had to google it, and well, it is a proposal in a book where two high-brow characters propose and accept to get married. Romantic enough words? Latin is romantic? I still prefer French and their rolling r’s but hey, I’ll take Latin! 🙂 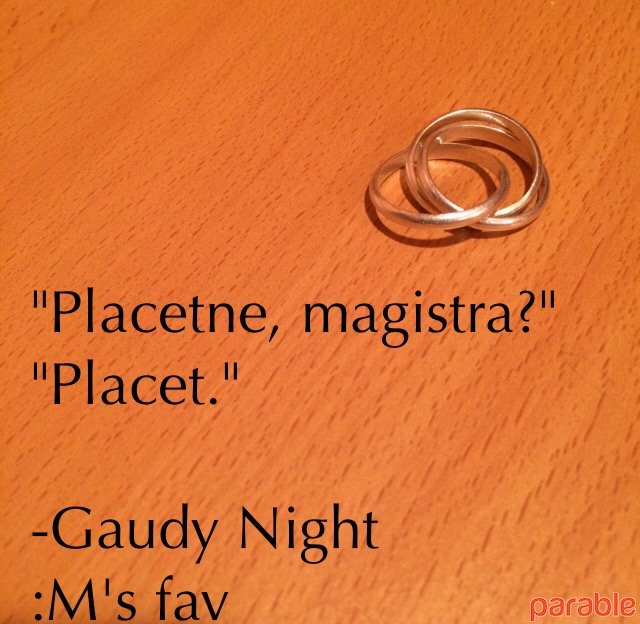 11. What a line. Simple and seemingly obvious on the archaic, permissions, it speaks of gallantry and elegance in the tradition of romance and tenderness. <3

Z sent this one in too, and there is an old-world charm that will never go out of style. Nope. 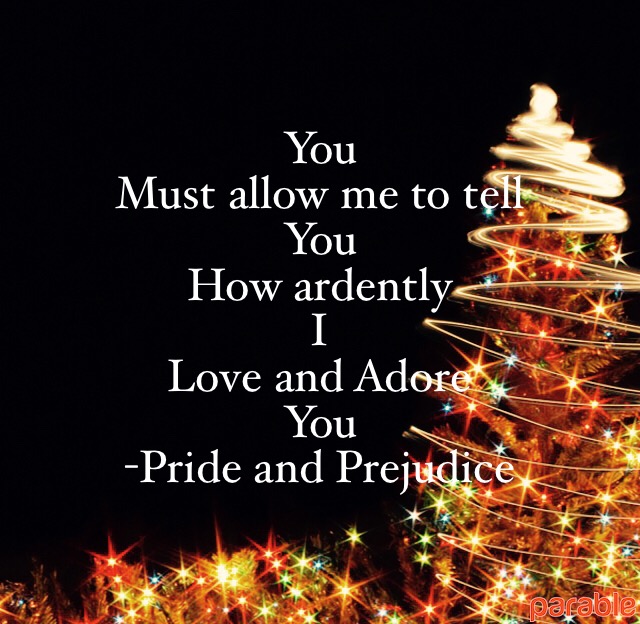 12. KR from twitter sent me this as part of his post, on his interpretation of love. It is true isn’t it though? Love is an emotion that entertains and graces one who let’s it go. Who is not tethered down by fears and insecurities and to just allow the emotion to consume you, take you in. It’s very neat in fact. 🙂 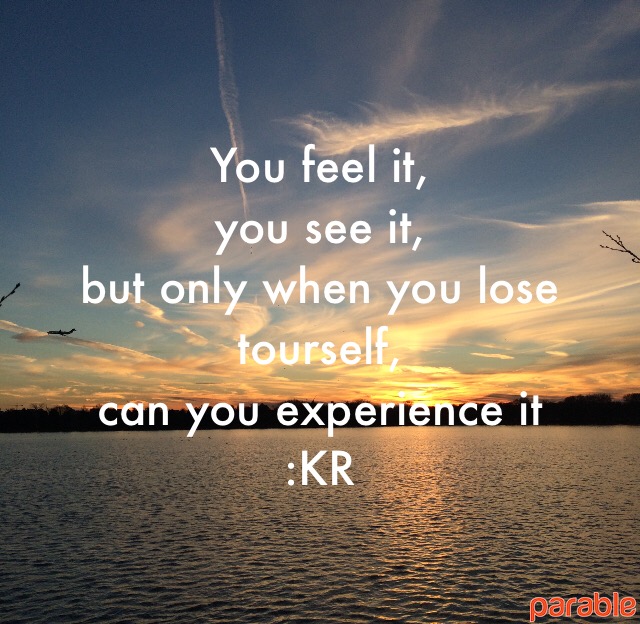 13. AK said this to his best friend. During courtship and a perfectly romantic period in his and her life, where every line and word spoken between them meant something more than just words, and the smiles they shared between the letters and the unsaids that echoed the thoughts that synchronized and rang in harmony.

There is beauty in love, camaraderie and friendship.

When it is raw, it is beautiful. Stark and plain beautiful. So gorgeous it can overwhelm you from within and exhaust you and leave you breathless. Like me, now.

All tiles done in Parable app. It’s like Noteography app, and has some ways to go to make it more social and interactive within the ecosphere, but it’s cute as is. Try it maybe? (nope, they didn’t pay me to say it, just a friendly recommendation)

Written By
Rads
More from Rads
Please allow my bragging rights to say I feel like am 10...
Read More

Like what you've read? Sign up for new ones over email :)
We use cookies to ensure that we give you the best experience on our website. If you continue to use this site we will assume that you are happy with it. It's just basic stuff and nothing out of the ordinary. Yeah? Ok