That probably sounds ironical and counter-productive to what am trying to achieve, but hey, we own a tongue and that tongue needs to be tended to. So in any case, school came to a rushed crazy end and I figured we could celebrate the husband’s homecoming and father’s day and the end of an intense school year with some dessert. Okay, we did have cake with munchkin’s birthday party with her friends, but it isn’t like I could eat those delish cupcakes or the cuter bundt right?

So for lunch, decided I’d make some light payasam. The kids like it too, but since am now obsessed with adding in a handful of  “healthy” , this is what I did.

Pan roasted on medium, 2 tablespoons of quinoa with 1 tablespoon of broken wheat (ravva or sooji)

Added 1/3 cup of sugar and 1 tsp of powdered almonds mixed with some cardomom/ elaichi. You can also use MTR’s Badam Kheer mix instead. Has essentially the same stuff just packaged neater.

Boiled it for just a bit more and let it cool.

I like to keep it liquid, so, one could just gulp it down quickly, if you’d like it thicker, equal the quantity of ravva (broken wheat/sooji) with quinoa.

It isn’t much, and absolutely crazy healthy with the sugar, but it is what it is. An added way of getting some quinoa inside me. The quantity was perfect, we each got a small cup/bowl to gulp down and it did hit the spot. Plus, picky people aka daughter and son despite shrinking away from me couldn’t spot the quinoa grains while drinking it, so neat huh?

No pictures sorry, but hey, here’s Spongebob! Love the guy, so silly and so entertaining! 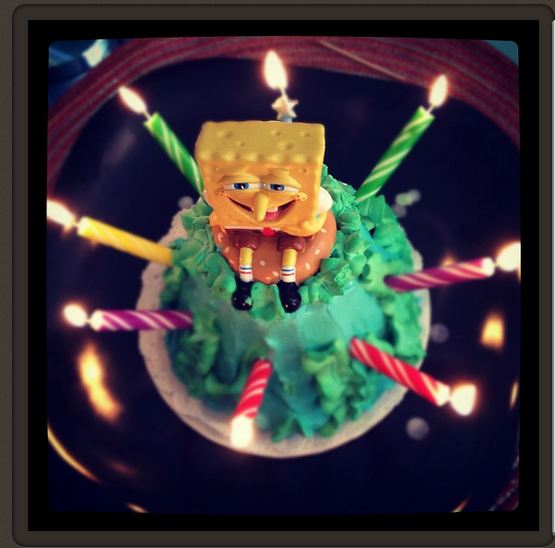 Written By
Rads
More from Rads
I did it! Yay! Am so thrilled I even did a jig...
Read More